Shaki's one and only power

Shaki's one and only power

Name: Time/Space Manipulation
What it does: It is able to slow down or freeze time. (Unable to be countered)
What it looks like: Only the user knows.
How long can you use it: (I will say what stage is used before I used it)

Stage 2: Works for 3 posts and takes 3 posts to cooldown - He is weakend slightly but not enough to notice.

Stage 3: Works for 5 Posts and takes 10 posts to cooldown - He is weakend to where he will have trouble walking and could even become unconcious.

Stage 4: Works for 10 Posts - This is used as a last resort and if it is used he will be on the brink of death after it is used.

Does it drain energy: it says in the how long you can use it. 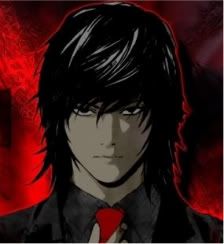 Re: Shaki's one and only power

Also, yes I do know limitations to this and how this can be OP very easily....but I have been rping for quite awhile and I know how to control it to where it isn't OP its why i put stages on it.